The award recognizes full-time faculty and librarians who, in addition to their teaching and scholarship, are leaders in service to the community and/or university. The selection committee, made up of the interim provost and vice-president: academic, the university librarian and deans from faculties across the university, looks for individuals whose service contributes to the university’s mission, vision and academic plan and enhances teaching, scholarship and public influence.

“Mary-Louise and Peter are exceptional and inspiring leaders, both at Laurier and in the wider community,” says Maureen Mancuso, interim provost and vice-president: academic. “Through their passion, vision and tireless dedication, they’ve helped shape Laurier into the university it is today. I am thrilled to be able to recognize them for their efforts.” 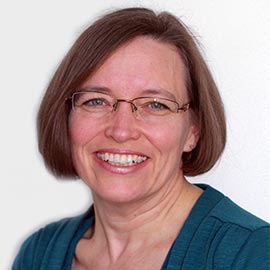 Outside of her busy research and teaching schedule, Byrne has participated in a wide variety of administrative roles at Laurier, at the department, faculty and institutional levels. She’s tackled sensitive topics, including finances and staffing, adeptly; helped the Faculty of Arts grow through the creation of new programs and initiatives; and helped make key decisions about the university’s future.

She stepped into the role of acting dean of the Faculty of Arts during a period marked by financial difficulties. She was the chair of her department three times and served as an undergraduate advisor for 10 years. At the institutional level, she’s had four roles on the Board of Governors and 11 on Senate, including Finance Committee Chair. She was co-chair of the Integrated Planning and Resource Management Exercise and the Envisioning Laurier Committee and has participated in 13 university-level review, search and steering committees. At the faculty level, she’s served on 16 committees and three internal program reviews.

Byrne is also a leader in her academic field. She has served in several capacities with the Association of Professional Geoscientists of Ontario and was the financial director of the Canadian Federation of Earth Sciences and the Secretary-Treasurer of the Canadian Association of Geographers, through which she received the inaugural President’s Award for Outstanding Service.

“I can think of very few other faculty members at our institution who have given so much ⁠— and always with the best intentions at heart,” wrote Political Science Professor Debora VanNijnatten in a letter in support of Byrne’s nomination. “It would seem as if the criteria for the award were written for her, given that she fulfills all of them!” 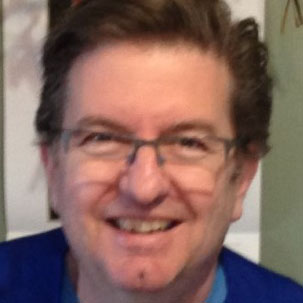 Farrugia has been an integral part of Laurier’s Brantford campus since the Carnegie Building’s doors first opened in 1999. Since then, he’s supported the development of new programs; expanded student experiential learning opportunities, including establishing the campus’s first international exchange; and co-founded Laurier Brantford’s first research institute, the Tshepo Institute for the Study of Contemporary Africa. All the while, he’s always made time for students, both through personal connections and his involvement in many student-led clubs and fundraisers.

Farrugia has also been an active member of the wider community and helped make important connections between Laurier and local organizations, including the Brantford Community Foundation, which helped fund several campus projects, and the Great War Centenary Association of Brantford, Brant County and Six Nations, of which he is now vice president. Through the historical association, he’s organized community outreach events, including an annual lecture series and presentations to elementary and high school students about the local war effort. He’s also worked closely with Six Nations of the Grand River to ensure that their history, including their contributions to the First World War, are heard and shared.

“I personally believe that Dr. Farrugia was and still is today the faculty member that played the most important role in building the Laurier Brantford campus,” says Lamine Diallo, an associate professor in Laurier’s Leadership program and fellow co-founder of the Tshepo Institute. “The nature of his community engagement both on campus and with the local community has contributed to materializing the mission of the university in Brantford.”

Typically, the award would be presented at spring convocation; however, given the current circumstances, the ceremony will be rescheduled.