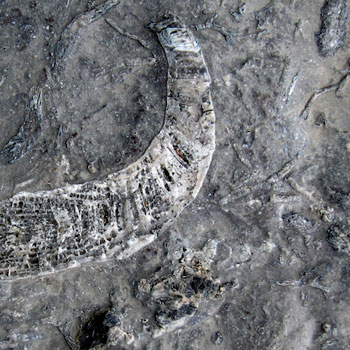 The $30,000 achievement award will be presented by Alan Walker, the foundation’s executive director, after a free public lecture by Niro on her exhibit, Something Cold and Hard like Winter. The event will be held at the Keffer Memorial Chapel at Martin Luther University College, with a reception to follow at the art gallery.

Every year, the Paul de Hueck and Norman Walford Career Achievement Award recognizes a keyboard artist, art photographer or classical singer. Art photographers who have won the award in the past include Rosalie Favell, Moyra Davey and Larry Towell.

Shelley Niro is a member of the Six Nations Reserve, Turtle Clan, Bay of Quinte Mohawk. Her work, which has included beadwork, painting, photography and film, has appeared in exhibitions and museums across Canada and the United States.

Something Cold and Hard like Winter includes a short film, photos of rocks and fossils, and triptychs. In the three elements – the Resting Place of Our Ancestors; the History of the World; and Peacemaker’s Test – she explores the Earth’s history; the influence of money on the environment and Indigenous people; and the story behind the alliance between the Iroquois and Haudenosaunee Peoples.

“Shelley’s thoughtful observations of the landscape and our existence within it are beautifully expressed in this exhibition through her photographs and video,” said Suzanne Luke, curator of the Robert Langen Art Gallery. “We’re thrilled to celebrate the premiere of Shelley’s new video, Peacemaker’s Test, in this exhibition. The video reflects on the epic story of the Peacemaker and the importance of place and time.”

In 2012, Niro received the Ontario Arts Council’s inaugural Aboriginal Arts Award. She has also received the Governor General’s Award in Visual and Media Arts; the Scotiabank Photography Award; and the Hnatyshyn Foundation Reveal Award. She is a graduate of the Ontario College of Art and has a Master of Fine Art degree from the University of Western Ontario.

Niro’s public lecture and award presentation will be held on March 5 at 7 p.m. in the Keffer Memorial Chapel at Martin Luther University College. Something Cold and Hard like Winter will be on display at the Robert Langen Art Gallery until April 3. The gallery is open Monday to Friday, 10 a.m. to 10 p.m. and Saturday and Sunday from noon to 10 p.m. Both the public lecture and exhibition are free and open to the public. Registration is not required.