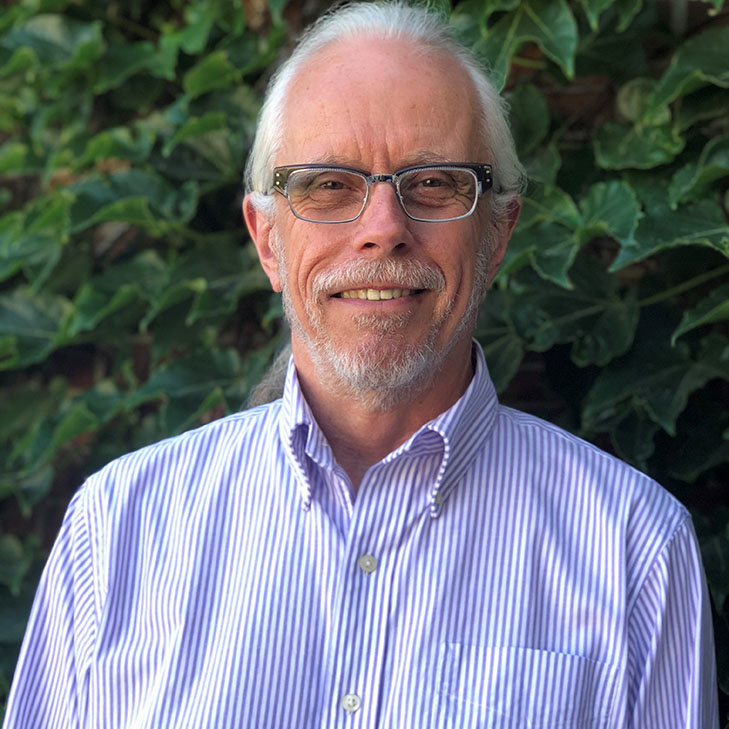 The Wilfrid Laurier University community is deeply saddened by the death of Glen Carruthers, former dean of the Faculty of Music, from cancer. He was 66.

Flags will be lowered to half-mast across the university in recognition of this loss to Laurier. A celebration of life will be planned for a date in the future and arrangements will be shared as information becomes available.

In his 10 years at Laurier, Glen played a key role in raising the reputation of Laurier’s Faculty of Music and growing and enhancing the faculty’s programming. Within the Faculty of Music and the university community as a whole, he was known for his unwavering commitment to students and for the warmth and generosity he showed to everyone he met.

“Every day, he modelled for us the meaning of student-centred leadership, and the wisdom of caring genuinely for people in every community to which he belonged,” says Anna Ferenc, acting dean of the Faculty of Music. “Though learned and erudite, Glen was mild-mannered, soft-spoken and unpretentious. His gift was a rare ability to make everyone feel valued. Glen walked the hallways of our faculty softly and left a lasting imprint for which we are deeply grateful.”

In 2015, Glen helped launch the Laurier Conservatory of Music and negotiate acquisition of the well-established Beckett School of Music. Every year since 2013, he welcomed the National Youth Orchestra of Canada to Laurier for their summer training institutes.

Over the last few years, Glen has helped lead the Making Space for Music campaign, which aims to renovate and expand the university’s music facilities, including creating a new lobby and practice rooms and creating a dramatic new entranceway to the Waterloo campus off University Avenue West. In recognition of Glen and his lasting impact on the university community, the Carruthers Practice Studios, a bank of high-quality, light-filled practice rooms with superb acoustics, will be named to honour the teacher, musician, scholar and leader.

Glen was adored by students, faculty and staff alike in part because he made time and showed genuine care for everyone he met. He would make a point of walking the hallways of the music building every day just to chat with students, telling staff “I’m going to see my people.”

“Running into Dean Carruthers in the hallways of the music building or outside campus was something students looked forward to,” says Tamara Menon (BMus ’20), a graduate of the Bachelor of Music in Community Music. “He listened to us intently and enlightened us with his stories, his humour and his insights. Some of the most powerful learnings happened through these exchanges, learnings that often made me smile and helped me move through challenging moments in life. Dean Carruthers is an example of how true leadership sparks leadership in those around them.”

“Glen was a fierce champion for the ideas of our students,” says Mieke Kanmacher (BA ’11), outreach and student recruitment coordinator in the Faculty of Music. “Despite his many accolades, awards and positions as dean, he would often remark on how much you could learn from young people. He connected with everyone he met in a way that left you feeling understood. Many of us feel a special bond with Glen, which he strengthened with his keen ability to remember hurried hallway conversations, as well as his storytelling, compassion and kindness.”

Glen will also be remembered for the attention he gave to new faculty members and graduate students who were looking for support and advice.

“Glen’s door was always open and I knew that he genuinely wanted to connect, even when I was young and totally green,” says Elizabeth Mitchell, assistant professor of music therapy and coordinator of the Bachelor of Music Therapy program. “I always felt that my voice and perspectives mattered to him. The impact of his mentorship upon my academic career has been immeasurable and I will always be grateful.”

Within the faculty, Glen helped nurture a sense of community with staff and faculty members. Every fall, he would host unforgettable parties with his wife, Heather, for faculty and community members. When he left to go on medical leave, students and faculty gave back, performing private concerts in the backyard of his home. Glen would dress up for the occasion and make sure to thank each person for their contributions.

“These will remain special memories for all of those who participated,” says Kimberly Barber, associate dean and professor of voice. “In particular, what I loved about watching these was to see Glen’s face as he enjoyed the music, and to see the genuine love he has for the people performing when he spoke to them before and after.”

Read more about the memories of Glen that students, staff and faculty have shared.

“Glen’s impact on Laurier has been immeasurable,” said Deborah MacLatchy, Laurier president and vice-chancellor. “From the day he started as dean, he has put students first and brought out the best in everyone with whom he worked. His innovation, creativity, leadership skills, and heart enriched the trajectory of our exceptional Faculty of Music. He will be missed by all who knew him.”

Prior to joining Laurier, Glen served as dean of the School of Music at Brandon University from 1998-2010 after teaching for 10 years at Lakehead University, where he was the founding chair of the Department of Music.

Glen was born and raised in Winnipeg, where he began his early training with Winifred Hardiman (piano), Filmer Hubble (harmony) and Gwendda Owen Davies (counterpoint). In 1972, he entered Brandon University, where he studied with his life-long mentor Lorne Watson and graduated with a BMus in 1977. After a year of private study in Halifax under Canadian pianist William Tritt, he entered the MA program in Canadian Studies at Carleton University, graduating with distinction in 1981. His thesis, The Career and Compositions of S.C. Eckhardt-Gramatté, was the first comprehensive study of the composer’s life and works and remains a standard reference work to this day. After teaching in the extra-curricular music programs of the Ottawa Board of Education, Glen completed his PhD in musicology at the University of Victoria, graduating in 1986.

Glen held many professional titles over the years and served as chair of several national and international organizations. He was especially proud to be appointed an honorary member of the Canadian University Music Society in 2016 and receive the Arts Leadership Award of the Canadian Association of Fine Arts Dean in 2018.

Glen published more than 100 articles in the fields of musicology etc. He presented in China, Brazil, Greece, Vietnam, Serbia, Malaysia, Sweden, Australia, Italy, Spain, Kazakhstan, Azerbaijan, France, England, Ireland, United States, the Netherlands and elsewhere. His wife, Heather, often accompanied Glen on his travels, where they indulged their passion for great music in concert halls and opera houses around the world.

The Faculty of Music will be dedicating its January 14 Music at Noon concert as a tribute to Glen. The concert, which can be viewed on YouTube, will present the Penderecki String Quartet in a special performance of Beethoven's String Quartet No. 10, Op. 74, a composition chosen specifically with Glen in mind.

In lieu of flowers, Heather suggests those interested make a donation to the Making Space for Music Campaign or an arts organization of their choice.

The loss of a member of the Laurier community has a significant impact on faculty, staff and students. Support can be accessed from the following resources: