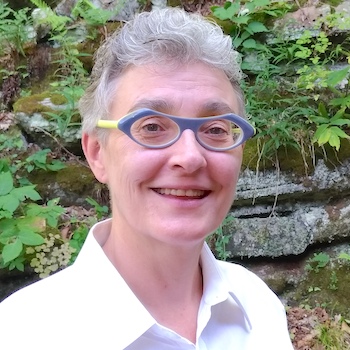 “There has been a long-term trend toward growing inequality since the 1970s,” says Russell, an economist and member of the Faculty of Liberal Arts. “Real wages, after accounting for inflation, have been stuck for a really long time. People at the very top are doing well. But the majority of people at the middle and below are not seeing their paycheques grow.”

Russell has been researching inequality for years, since she was a senior economist at the Canadian Centre for Policy Alternatives in the mid-2000s. She is confident she and her frequent collaborator, Mathieu Dufour of the Université du Québec en Outaouais, have identified a major factor behind it.

“Real wages, after accounting for inflation, have been stuck for a really long time. People at the very top are doing well. But the majority of people at the middle and below are not seeing their paycheques grow.”

“If you’re a worker and you want to ask for a raise, you have to think what might happen if your boss says no, or worse, ‘Goodbye; we don’t want you anymore.’ Could you go on employment insurance? Could you get funding for retraining? Are there social services for you while you get on your feet? If all these programs get eroded, workers have a worse fallback position. So even in good times, the more vulnerable workers are, the more scared they are to ask for more money.”

It wasn’t always this way. After the Second World War, governments invested in infrastructure and social programs.

“The postwar-era ideal was full employment,” says Russell. “Auto workers, steelworkers and others were getting big raises every year that reflected productivity gains. For a lot of workers, things got a little better every year.”

But starting in the 1970s, legal and regulatory changes reduced the power of unions, so they were less able to push for wage increases even when productivity and profitability soared. Social programs were cut. Technological changes resulted in job losses in some fields, particularly less skilled ones. Free-trade agreements, such as the one Canada and the U.S. signed in 1987, also played a role, says Russell.

“The easier it became for companies to leave Canada, the more workers worried, ‘Maybe I’d better moderate my wage demands for fear that the company will go abroad.’ There were well-known examples where workers weren’t asking for anything too outrageous and yet the company said, ‘That’s it. We’re out of here.’ Those stories have a chilling effect on workers. You tend to be less demanding in the hopes that something like that doesn’t happen to you.”

Politicians are well aware of people’s concerns about increasing economic inequality. Particularly in the lead-up to elections, many pledge to do something for the growing number of people who are struggling. But what they propose seldom makes much difference, says Russell.

“They promise a $100 tax cut here, a little program there. They all sound helpful but they don’t actually move the needle,” says Russell. “In fact, many tax cuts mostly benefit upper-income folks.”

Not only do tax cuts fail to put much more money in the pockets of those who need it, they have another major downside, says Russell.

“[Politicians] promise a $100 tax cut here, a little program there. They all sound helpful but they don’t actually move the needle. In fact, many tax cuts mostly benefit upper-income folks.”

“When taxes are cut, governments turn around and say, ‘We have less tax revenue, so we’d better cut our spending.’ Let’s say they cut funding to universities. Even if you received a small tax cut up front, if you’ve got two kids in university, you’re likely way worse off if tuition fees have gone up. And students who borrow to pay higher tuition face debts that erode their bargaining power far into the future.”

If governments want to fix the underlying problems, they have to make workers more secure, which enhances their bargaining power, says Russell.

“That means taking care of workers who are thrown out of work and also their families,” says Russell. “If you lose your job and you are paying for elder care, losing your job makes your parents more vulnerable. But if there are social programs that take care of elderly people, people who lose their jobs aren’t in the double bind of being in trouble and putting someone else in trouble too. Same goes for children’s programs.”

Though Russell emphasizes that she’s an economist, not a political scientist, she has some ideas about the effects of economic inequality on political trends.

“It’s possible that people who have been struggling for a long time are starting to lose hope,”  says Russell. “What do people do with their anger? Maybe they get mad at others – immigrants, say? Unfortunately, politicians may avoid addressing the underlying issue of inequality by encouraging people to get mad at somebody else instead of looking at why their wages are so disappointing.”

“It’s possible that people who have been struggling for a long time are starting to lose hope. What do people do with their anger? Maybe they get mad at others – immigrants, say?”

Russell has some ideas for politicians who want to shrink the widening wealth gap.

“Don’t give us a bunch of promises to buy us off with nickel-and-dime programs that don’t change the overall picture,” says Russell. “We need systemic solutions to a systemic problem. Reform employment insurance so people can keep body and soul together on it. Put in place a comprehensive worker retraining program that actually gives people a good chance at subsequent employment. And help everyone with social programs that protect the vulnerable.”

Reducing inequality isn’t just about helping those at the bottom, says Russell.

“Let’s not forget: the folks at the top of the income distribution have done super well over the last decades. If governments took in more tax dollars from the affluent, that revenue could support programs like universal pharmacare and daycare that would mean people who lose their jobs don’t run out of prescribed medications or lose care for their kids.

“The fact is, a lot of corporations are sitting on an unprecedented amount of cash. So, for the most part, modest changes to the tax code aren’t going to hurt them. There’s a lot that could be done. All we need is the will.”