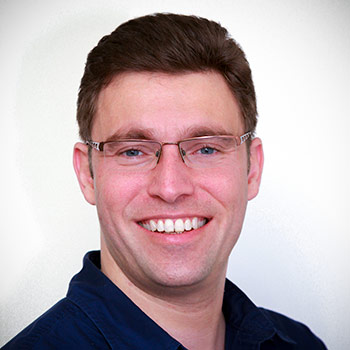 Jones joined Laurier in the Department of Psychology in 2003. An interdisciplinary researcher, he focuses on the psychological and neurological foundations of human communication. He uses EEG, fMRI and eye tracking to explore how cognitive and social factors influence the mechanisms involved in the production and perception of verbal and nonverbal communication – typically in developing individuals, people with autism spectrum disorders, individuals who stutter, and people with Parkinson’s disease.

A strong supporter of student-led research, Jones has supervised 22 graduate student theses. He has published 55 papers in journals such as Current Biology, Human Brain Mapping, NeuroImage and Psychological Science. His consistent success in obtaining research funding from the Natural Sciences and Engineering Research Council of Canada (NSERC), the Canadian Institutes of Health Research (CIHR), the Social Sciences and Humanities Research Council of Canada (SSHRC), and the National Institutes of Health (NIH) in the U.S., demonstrate his interdisciplinary and collaborative approach to research. Jones has also served as an NSERC Evaluation Group committee member for four years and has been a panel member for NIH and CIHR competitions. He is also a regular ad hoc reviewer for other agencies such as the National Science Foundation in the U.S.

Jones became the director of the Laurier Centre for Cognitive Neuroscience in 2008. From 2011-2014 he served as the graduate programs officer for the Department of Psychology and chair of the departmental graduate curriculum committee. In 2017, he served as acting associate dean of the Faculty of Graduate and Postdoctoral Studies, where he provided leadership for Laurier’s ASPIRE professional skills development program and assisted the dean with strategic planning for the faculty.

The search for a new vice-president: research will begin in fall 2018 with the expectation of filling the role by July 2019.