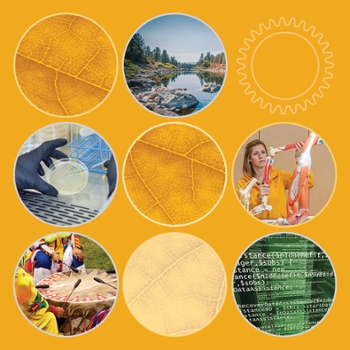 Waterloo – Three Wilfrid Laurier University professors have been elected as fellows of the Royal Society of Canada (RSC), an unprecedented triple honour for the university. Phelim Boyle, Rianne Mahon and Eleanor Ty will be formally inducted into the prestigious society at a ceremony in Ottawa on Nov. 22, 2019.

Boyle, a faculty member in the finance area at the Lazaridis School of Business and Economics, is an actuary and pioneer of quantitative finance. Mahon, a member of Laurier’s Department of Political Science and the Balsillie School of International Affairs, is an expert on comparative social policy and gendered global governance. Ty, a member of Laurier’s Department of English and Film Studies, is an expert on Asian North American literature and culture, as well as on 18th- and 19th-century women’s fiction and cultural memory.

“Professors Boyle, Mahon and Ty are internationally acclaimed scholars who are richly deserving of one of the highest honours in Canadian academia,” said Deborah MacLatchy, Laurier’s president and vice-chancellor. “All three have had a global impact on their fields and were elected by their peers as among the best in the world. We at Laurier are immensely proud of them.”

Being a fellow of the Royal Society of Canada isn’t simply an honour – as members of Canada’s senior collegium of distinguished scholars, artists and scientists, fellows advise governments, non-governmental organizations, and Canadians generally on matters of public interest. They also mentor developing scholars.

Boyle has been elected to the RSC’s Academy of Science, in the Division of Mathematical and Physical Sciences. He completed a PhD in theoretical physics at Trinity College, Dublin in 1970, then qualified as an actuary before moving to Canada in 1973 to pursue a career in academia. Among other honours, he was named the IAFE/SunGard Financial Engineer of the Year in 2005 and received a Gold Medal Research Award from the UK Institute of Actuaries in 2008, two of the most prestigious international awards in the finance world. He has been a Laurier professor since 2006.

Boyle is best known for introducing the Monte Carlo simulation-based method for valuing derivative securities in financial markets. This approach is now used by financial institutions throughout the world as an indispensable tool for risk management and solvency calculations. He was the first actuary to advocate the use of modern stochastic interest rate models in actuarial science and pioneered the use of financial engineering tools for the pricing and risk management of complex long-term embedded options in insurance contracts.

“My research examines how to manage risk in insurance and finance,” said Boyle. “My co-authors and I have developed methods to measure and control these types of risk. In the aftermath of the 2008-2009 financial crisis, Joseph Kim of Yonsei University, Japan, and I developed a framework for managing systemic risk and moderating the impact of a crisis. Measures that safeguard the security of insurance companies benefit society. I hope that our research has made a positive contribution here.”

Mahon, who has been elected to the RSC’s Academy of Social Science, completed her PhD in political science in 1977 and has been with Laurier and the Balsillie School since 2010. Over the course of her career, she has made contributions in a range of areas, including political economy, social policy, union strategies, gender studies and international governance. Her long list of publications spans geography, sociology and history as well as political science. She was also one of the founding editors of Studies in Political Economy, a peer-reviewed journal now in its 30th year of publication.

One of the areas in which she has made significant contributions is in comparative childcare politics and policy. Beginning in the late 1990s, her transdisciplinary examination of childcare and parental leave as social policy was groundbreaking and award-winning. She is also considered a pioneer of scholarly research on the Organization for Economic Development and Cooperation (OECD), particularly on the gendering of the OECD and other international organizations. Her work has opened a new field of research on the diverse ways international organizations have incorporated ideas about gender equality and women’s empowerment.

“I am of course delighted to be recognized for my scholarly achievements, but I am also looking forward to giving back by collaborating with my peers at the Royal Society and continuing to push for change,” said Mahon. “We are still a long way from having the kind of universal childcare we need, with the exception of the province of Quebec. I also feel strongly that it is important to make people aware of the importance of rights gained for women, Indigenous peoples and others through the United Nations as these achievements come under attack by right-wing populist governments.”

Ty, who has been elected to the RSC’s Academy of the Arts and Humanities, completed her PhD in English in 1988 and has been a Laurier faculty member since 1991. She was the recipient of a Fulbright Canada Research Chair at the University of California, Santa Barbara in 2018/19 and was named Laurier’s University Research Professor in 2015/16. Her latest book, Asianfail: Narratives of Disenchantment and the Model Minority, won the APALA: Asian/Pacific American Librarians Association book prize for adult non-fiction in 2017.

Ty pioneered important theoretical concepts about the relative invisibility of Asians in Canada and the notion of “Asianfail,” which acknowledges the pressures on Asian North American youths to fit into the ideals of the model minority. She has also challenged the idea of Asian North Americans as dislocated people, arguing that globalization has both constrained and empowered Asians in North America. Her co-edited 2004 book, Asian North American Identities: Beyond the Hyphen, the first to use the term “Asian North American,” ushered in a new comparative direction for Asian Canadian and Asian American studies.

“My most important accomplishments have been developing the field of Asian Canadian studies alongside and within the more established fields of Canadian literature and Asian American studies,” said Ty. “This is important to me personally because when I was studying English as an undergraduate and in high school, I never read books by people who looked like me or whose characters resembled my immigrant family’s makeshift lives and precarious experiences. My scholarship argues for the inclusion of Asian North Americans in our curriculum, our literature and our history.”

This is the first time Laurier has had three fellows elected to the RSC in the same year. Professor Emerita Rhoda Howard-Hassman was elected in 1993 and Adjunct Professor William Finlayson was elected in 2002. Laurier is also home to five current members of the College of New Scholars, Artists and Scientists of the RSC. Professor Anne Wilson was named to the college in 2014, Alison Blay-Palmer and Alison Mountz in 2016 and Jennifer Baltzer and Shohini Ghose in 2017.