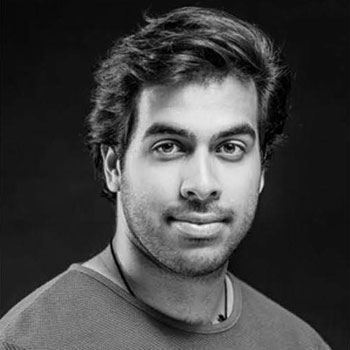 Brantford – Film director and Wilfrid Laurier University alumnus Yusuf Zine will be on hand at Laurier’s Brantford campus March 20 for a screening of his documentary, I Am Rohingya: A Genocide in Four Acts. Essentially a play within a film, I Am Rohingya invites audience members to experience the Rohingya crisis in Myanmar through a play based on the stories and lived experiences of young refugees.

Zine is an actor, writer and co-founder of Innerspeak Digital Media. He began his career in the entertainment industry in 2006 and completed his Master of Arts in Social Justice and Community Engagement at Wilfrid Laurier University in 2016.

Zine’s appearance is part of the People Make History series hosted by Laurier’s History department in Brantford. The annual lecture series, supported by funds from the late Mary J. Stedman, invites witnesses of historical events to tell their stories. Through this experience, students can connect to first-person accounts of history.

I Am Rohingya chronicles the journeys of 14 young Rohingya refugees. Zine brought the group of theatrical neophytes together in Kitchener in the summer of 2015 to produce a play re-enacting their families’ experiences to raise awareness of the Rohingya crisis. The film documents the process of using their emotional stories as the basis for the script.

“This work is a beautiful demonstration of how youth can use their stories as a powerful tool of resistance to one of the modern world’s most egregious humanitarian crises,” said Robert Kristofferson, associate professor and program coordinator of Master of Arts in Social Justice and Community Engagement and an organizer of the People Make History speaker series. “Documentaries like I am Rohingya also have the potential to inspire ways that students and community members can work locally to become active voices on issues that often seem removed from their immediate world and spheres of action.”

Zine will participate in two events during his visit to Laurier on March 20. He will present a lecture to the Laurier community titled, “I Am Rohingya: Staging a Genocide” from 11:30 a.m. to 12:50 p.m. at the Odeon Building, room OD110. Starting at 7 p.m. there will be a free, public screening of his documentary, followed by a question-and-answer period in the Research and Academic Centre – West, room RCW002. The event has limited first-come, first-served seating.

Master of Arts in Social Justice and Community Engagement