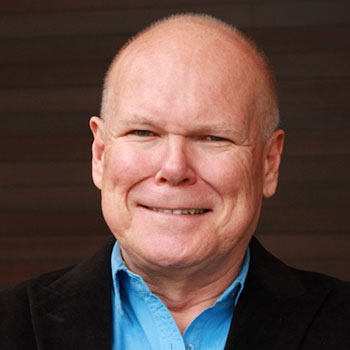 “This award brings my academic career full circle,” said Crush. “As an alumnus of Laurier, I am particularly honoured to be recognized by the university that gave me my start as a researcher and to which I returned in 2012.”

“Dr. Crush’s influence and ability to inspire research and establish global networks on migration is a testament to his skillfulness as a researcher and collaborator,” said Robert Gordon, vice-president: research. “Jonathan has not only made an impact in the study of migration and food security in the global south, but he has also informed policy and decision making at the highest levels.”

Throughout his career, Crush has secured $26 million in research funding; has published over 15 books, including the highly influential Power of Development; and edited journal issues, written over 150 book chapters and journal articles, and boasts over 9,500 Google Scholar citations. He has held research chair positions at Queen’s University and the BSIA. He was awarded the Joel Gregory Prize of the Canadian Association of African Studies for his first book on Swaziland and holds an Honorary Professorship at the University of Cape Town.

“Dr. Crush is, without question, one of the leading scholars in the world on questions of migration, especially in relation to Southern Africa,” wrote Gillian Hart, professor of Geography at the University of California Berkeley in her nomination letter. “Indeed, he has played a central role in carving out the field of South-South migration."

Crush is also devoted to mentoring and training students to become the next generation of migration and food security scholars. Most recently, Crush secured funding through the Queen Elizabeth Scholars program to provide opportunities to 30 doctoral, post-doctoral and early career scholars to gain international research and practical experience.

“Much of the credit for this award goes to the many graduate students, post-doctoral fellows and colleagues in Canada, Africa and around the world with whom I have had the privilege of collaborating in meaningful and productive research partnerships over the years,” said Crush.

About the University Research Professor Program

The position of university research professor is awarded every year through a competitive process to a Laurier professor who has achieved a continuous record of scholarly excellence over an extended period of time as exemplified by receiving external grants, publishing in peer-reviewed scholarly journals, having books or monographs published by scholarly presses, presenting invited lectures at scholarly conferences, and/or receiving scholarly honours. The program is administered by the Office of Research Services.